A dirty disheveled man with tangled long hair who appears to have been living in the gutter for many many years.

Janos isn’t what you’d expect from an elf. Disheveled, dirty, and utterly destitute in appearance, this elf seems to have fallen as far as possibly from the lofty heights of his people. In fact, some human vagabonds look upon him with scorn for his appearance utterly belies a man who just doesn’t care anymore. Fond of a bottle, what goals he might have had in life have evaporated into his alcohol-induced stupor. Questions about his life are ignored except on the rare occasions that he utters a low remark about the cruelty of the world grinding you down to your very bones. After that, it’s back to either the bottle or silence. He’s wandered the countryside for many years now— sleeping where he drops and scavenging off of the land.

No one in the area of Sandpoint really knows much about the woodsman known as “Janos”. Dirty, disheveled, and sometimes drunk— he wandered into the land years ago when he attempted to trade animal pelts for strong spirits at a local tavern. Some folks say he’s an escaped prisoner from a far off land, some have claimed that he’s long-lost prince, and others have claimed he’s cursed. There’s speculation that he’s an elf or even a half-elf but no one really knows for sure.

He owns no property and has few possessions— sleeping where he drops in the forest or occasionally in a town stable. Oddly enough for a vagrant he has never once been seen begging and most often refuses charity of any kind. He seldom trades with anyone— save for spirits from the local distillery and seems to care little about their quality, only their strength. Yet, the inn keeper in town swears that when he takes his bottle it is with a sense of utter disgust. Some folks in town have said that he can be seen just staring off into space— as if watching events that only he can see.

One thing has been said about him— he’s protective of children. A few years ago, some children were playing in the nearby forest when a bad storm came up. Most of them made it back save for one small girl who was scared of the thunder and hid. When the storm passed she was nowhere to be seen. Folks in the town organized search parties but to no avail. Fearing the worst, some of the elders said she was dead. The next morning there she was— sitting on the front steps of her parents’ home, looking tired but well-fed. When asked how she got home, she replied “the raggedy man found me.” After this, the name stuck and people in Sandpoint sometimes refer to him as “the raggedy man.” 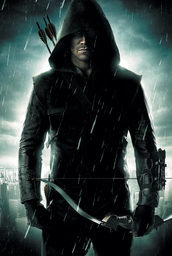